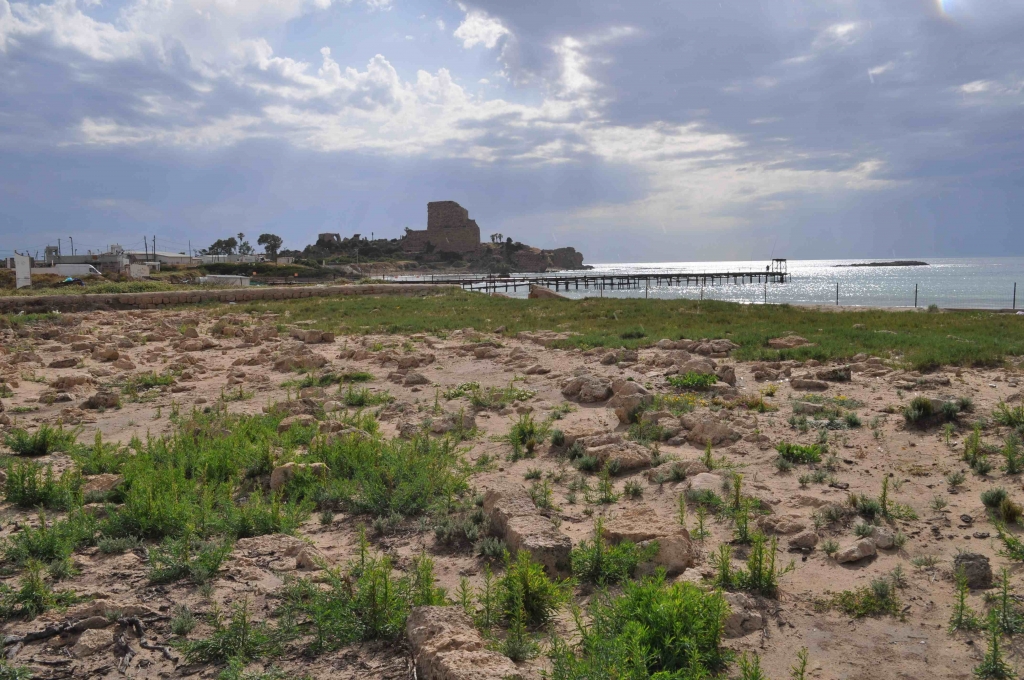 The Atlit cemetery is the largest preserved cemetery of the Latin East. It is located near the Château Pèlerin, an edifice built between 1217 and 1218 during the fifth crusade and entrusted to the Order of the Knights Templar in 1220.

The Atlit cemetery has ideal conditions for a systematic study of a cemetery from the Frankish Kingdom of Jerusalem. After an appraisal of the site in 2014 and one-time surveys conducted from 2015 to 2017, the first archeological data have confirmed the outstanding potential of this site as a key source of knowledge on funerary practices and on the organization of funerary spaces in the Latin East.

In 2015, three distinct sectors were chosen according to the different typologies observed and the density of the preserved surface markers; six graves were excavated. In 2016 and 2017, the excavations were concentrated on sector 2, characterized by a large typological diversity and by cross-referencing in order to document its relative chronology. New unmarked graves and bones in secondary position were discovered and give evidence of a high density of burials. The new elements discovered give us a better understanding of the closure system of graves as well as the management of displaced bones. Among the significant discoveries, there are signs of a violent incident, a nailed coffin with the remains of two deceased infants, a metal point, presumably the tip of a pilgrim’s stick, joined to the remains of an elderly person buried with his hands crossed over his chest in the position of prayer.

In order to continue the dynamics implemented with the first missions and to consolidate the multiple collaborations with local partners, a four-year mission supported by the MEAE excavation committee has been launched in 2018, directed by Yves Gleize (Inrap, UMR 5199 PACEA), with the financial support of the CRFJ and the UMR 5199. The mission benefited from the support of the Israel Antiquity Authorities and of the Hof-Hacarmel regional council since 2015. A window of opportunity has opened up with Atlit to undertake an ambitious study of the funerary archaeology in Israel – a field of investigation that remained restrained in a country with generally strong religious taboos over the graves. In 2018, an international conference on “The Latin East in the 13th Century” was held at the University of Haifa, in connexion with the eighth centennial of the construction of the Château Pèlerin.

This four-years mission aimed at finalizing the excavations of sectors differing in the graves’ layout and their surface markers. The first observations reveal a distinct funerary space management.

The results show how important it is to continue the archaeological exploration of the Atlit cemetery in view of the quality of its remnants. The four-year project aims at excavating the three opened sectors in order to work on distinct burial areas as well as analyzing the biological data (age, sex), the traumas linked to probable belligerent events and therefore discussing the status of the deceased. In addition to the analysis per se of the funerary practices, the specificities of this outstanding site provide an opportunity to reflect upon its organization. Cross-checking archeological and anthropological data will lead to the analysis of all the transformations the site went through. With the Château Pèlerin nearby and the observed slabs (part of which are monumental), numerous questions arise as to who were the deceased. Which part of the population was given access to the cemetery? What about women and children in this specific context? Were distinct communities buried in this site? Are all the graves connected to Christian occupation of the site?

During the 2018 campaign, excavations of sector 2 and of its monumental graves continued and a topographic survey was conducted; the excavation of sector 1 - where only 2 graves were explored in 2015 – resumed then. The initial results of 2018 met our expectations. British restorations have been identified; new surface markers have been observed; unprecedented elements on funerals and modes of burials in the Latin East were unraveled and data related to the identity of the deceased were specified. The furniture confirms that the graves date back to the XIIIth century. The archaeological and anthropological data give us a better understanding of the sector 2, its stratigraphy, the graves’ typology, the funerary practices and its overall organization. This sector demonstrates that there is a specific area for a particular group in the cemetery. This distinction is disclosed through the excavation of sector 1, emphasizing the recruitment of the deceased hosted in this area and several specific practices.

During the 2019 campaign, the excavation of sector 1 continued. It clarified the use of this 25 m2 funerary space. Whereas the assumptions made up to now were tempered through data cross-checking, the discovery of furniture (crockery, pendant…) and the biological identity confirmed the distinction observed with sector 2. A first academic study on the funerary practices of sector 1 was defended at the University of Bordeaux by Chloé Lacourarie (Master 2).

The underlined differences question the identity of the deceased. Furthermore, the Atlit cemetery is an oversized area in comparison with Château Pélerin, and this emphasizes the need to discuss the background of the deceased (pilgrims, local population, …). Paleogenetic analysis will help us decipher these elements at hand.

A topographic survey of the site along with a GIS system have been implemented in order to work in accordance with the site scale as well as to insert the site in its close environment. This tool will help centralize the previous excavation data while integrating the most recent excavation output. The site survey combined with excavation data will be used in an attempt to reconstruct virtually the cemetery.

Finally, dissemination activities, visits and presentation of the site to the large public were realized. Several media have echoed the excavation activities in printed newspapers or online.

The sixth excavation campaign of the Atlit mission has occurred from November 3rd to the 21st 2021. It was intended to close the four-year program supported by the MEAE (2018-2021). This campaign has consisted in finishing the excavation of sector 1 in the cemetery. Despite a team downsized due to health restrictions, around forty graves have been studied. This campaign has confirmed the high density in this sector. The bedrock has been reached and it will be thus possible to study the burials of the different chronological phases of the cemetery. Whereas the higher levels of the sector 1 has disclosed adult men and women and children, the 2021 campaign has brought to light a vast majority of men. In addition, the remains of a nailed coffin - the second one identified since 2015 - has been discovered. New vases of an Italian and Cypriot origin have been exhumed. Those results give us a better overview of the South part of the cemetery; it gives us an opportunity to compare them more thoroughly with the graves excavated at the North of the site. Through this mission, the fieldwork documentation has also be stabilized and new physico-chemical samples have been selected.

The archeological mission has been reconducted by the excavation committee of the MEAE for a new four-year program (2022-2025). It will aim at working in the integration of the cemetery in its past and present environment. 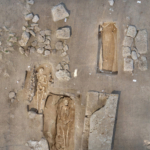 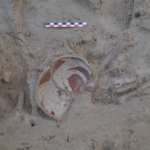 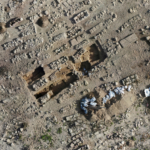